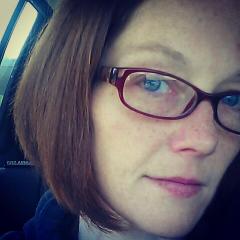 Living with chronic pain is hard enough when people believe you.

When it comes to Ehlers Danlos Syndrome, the condition being mostly invisible, I’ve experienced much more skepticism than belief in dealing with the medical community. It seems like very few doctors are ever willing to admit that it’s possible that they don’t know the right answer, or that someone so young could be in that much pain so frequently. When my intracranial pressure was high, and measured at three times normal, I got more pain medicine than you can shake a stick at. It flowed like water from the pens of the doctors – all because the problem could be observed and measured by shoving a needle in my spine.

The issue is further compounded because my mother died of a drug overdose. I want to be honest about this with all of my doctors, but its already such a struggle to get any pain management that I often won’t tell them because I’m afraid of the knee jerk reaction that always follows. In the state of Kentucky, the reaction is even worse. The good ole’ Bluegrass State has one of the most horrible pieces of legislature in place that I’ve ever encountered as a patient. It’s called the Pill Mill Bill, and I really think that it’s going to kill some people. The victims will be people who just can’t manage to obtain pain medicine, but also can’t manage to live with the pain either.

I read a story today about a male model named Dorian who had complications after a routine oral procedure. He wanted to fix some slight imperfection, a bad tooth or something. He got more than he bargained for when the procedure caused a dislocation of his jaw. Dorian didn’t know he had EDS when he signed up for surgery and had been mostly asymptomatic prior to having dental work. What followed for him was a quick spiral into the land of EDS pain as his body started falling apart. He managed to get a diagnosis of EDS, which is more than a lot of people ever get, but it wasn’t enough. He hung himself out of desperation to escape a pain that was inescapable.

I know that doctors are sworn to do no harm, and I believe that most of them are actually trying to do no harm when they tell you that you couldn’t possibly be in enough pain to warrant a long acting pain medication. Morphine at 40, surely you’re joking?  There is a lot of harm being done by not prescribing, doctors giving in to fear that you’ll be addicted or that they’ll lose their license. Where is the fear for people who can no longer stand the pain and will want to give up and die? Dying is dead no matter how you get there, and even in addiction there is still hope for life.

Addiction and dependency are not the same thing.  The American Society of Addiction Medicine defines addiction as “Addiction is characterized by inability to consistently abstain, impairment in behavioral control, craving, diminished recognition of significant problems with one’s behaviors and interpersonal relationships, and a dysfunctional emotional response.”  Many drugs cause side effects, such as somnolence, confusion and problems with coordination.  These are not behaviors, they are side effects.

There have been points in my life prior to this diagnosis when I didn’t know if I could go on living with the pain. I doubted my own mind, my own experience of the pain and sometimes even managed to convince myself that it wasn’t that bad. It was that bad, it has been THAT bad since I was only 13 and it’s getting worse every day. I may be at a crossroads where I have to choose dependency on medication or dependency on pain. It seems like an impossible choice to make.